Happy New Year! Did you make a New Year's Resolution?

Well, I did. For 2016, I resolved to clean my room and maintain it better throughout the year. This is a common teenage problem, of course, but I decided that for this year, I will at least try to be more organized!

I dusted, I vacuumed, and I sorted. Finally, I decided that I could no longer ignore the building mess under my bed. I looked underneath, and I rediscovered my drawings and paintings from this past year. I realized I hadn't posted anything here for a while, so today I will share what I've been up to in 2015.

It's funny that I mention my New Year's Resolution - we're only thirteen days into 2016 and my room has already reverted back to its original state...

By the end of February, I finished my small winter sketchbook. Honestly, I didn't have many opportunities to go out birding and do any sketches from live observation, but instead I focused on a variety of subjects, from real objects to figures in magazine images and my imagination. I primarily used graphite and coloured pencils in this sketchbook, and I tried hard to fill every page. Recently, I have obtained a larger sketchbook that I have been eagerly filling with new ideas. The more I draw, the more I want to draw more...
Posted by CBirder at 14:30

Over the course of January, I experimented a little with colourful plasticine! The result was six of my favourite birds, each of which fit onto the palm of my hand.

A Bird in the Hand


There are about 50 gull species on Earth, and 21 of them have been observed in Niagara. Tens of thousands of gulls flock the river throughout the winter, and this gives birders the once in a lifetime chance to see rare species coming from all over North America. This December, I had the incredible opportunity to visit Niagara, and see some of the area's specialties.

I started out at the Sir Adam Beck hydroelectric plant. From the platform overlooking the reservoir, one sees so many gulls, it's almost impossible to see the water. The highlight was two Iceland Gulls, but I wasn't able to pick out much else from there. Next, I followed the river upstream to Dufferin Islands Park, which is located just west of the Falls. It wasn't a long walk to the water from there, and I had astounding luck to see the Red Phalarope and the late Purple Sandpiper that have been hanging around there that week! 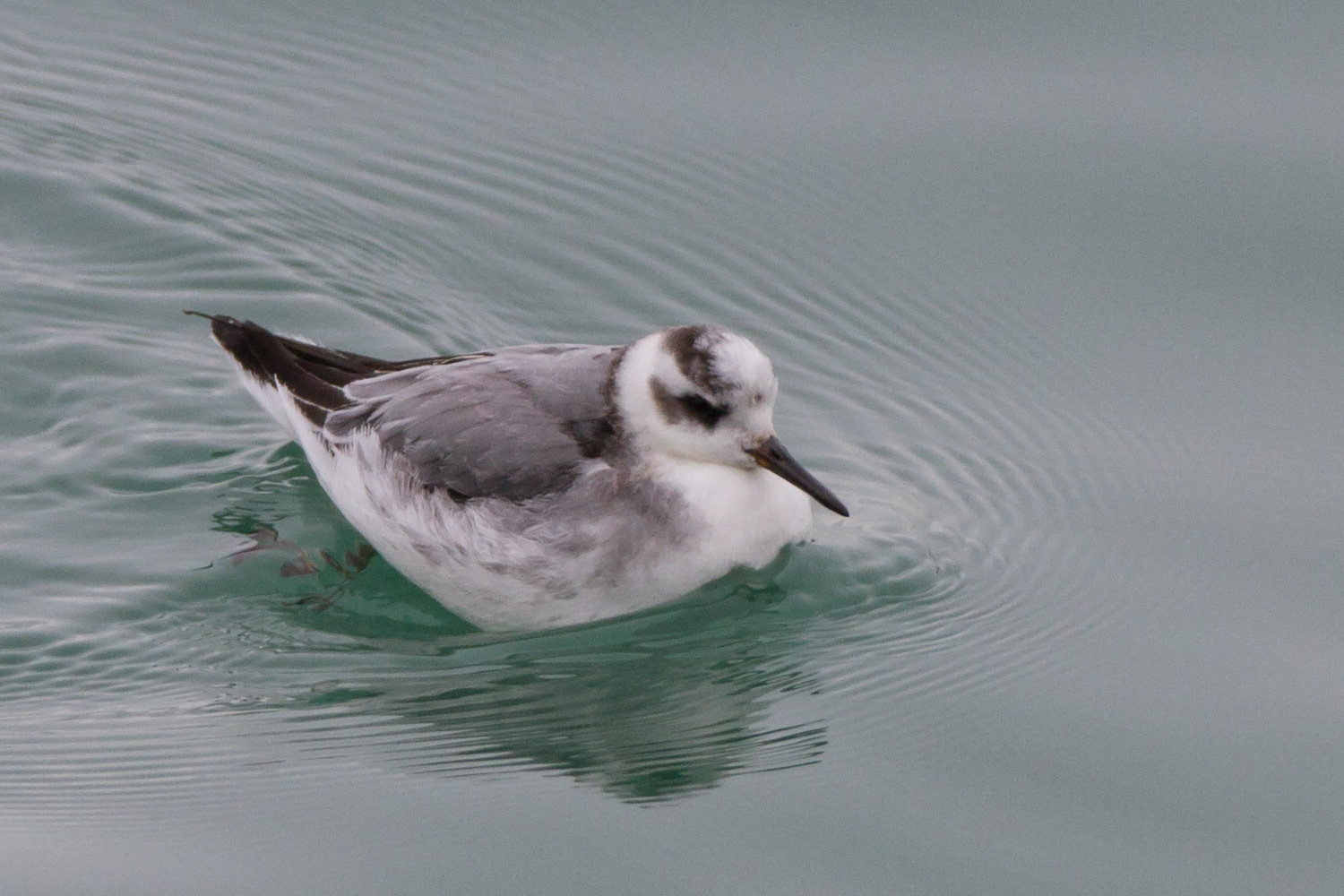 The sandpiper was difficult to see in the distance, but the phalarope gave us amazing looks - it must have been only a few metres away from the lookout! I have only ever seen phalaropes on pelagic trips before, however it is completely different to be able to study them this closely. The phalarope proved to be quite the agitated bird always darting about and constantly fluttering everywhere.

As I was enjoying the snow-covered scenery, a fellow birder pointed out a pair of beautiful Black-legged Kittiwakes that were circling in and out of the mist just below the Falls. I was so thrilled.... This trip to Niagara certainly taught me there is a more beautiful side to the harsh Canadian winter that I am all too familiar with!
Posted by CBirder at 11:14

CBirder
I am a teen birder and I began my life list in early 2011. It all started when I was six years old and a male Red-winged Blackbird flew right at my head at the park. I was terrified, but I wanted to know more about these curious creatures. To this day, I continue to explore and discover the infinite surprises of nature. In the future, I hope to become a naturalist or an ornithologist to always stay connected with my interests.